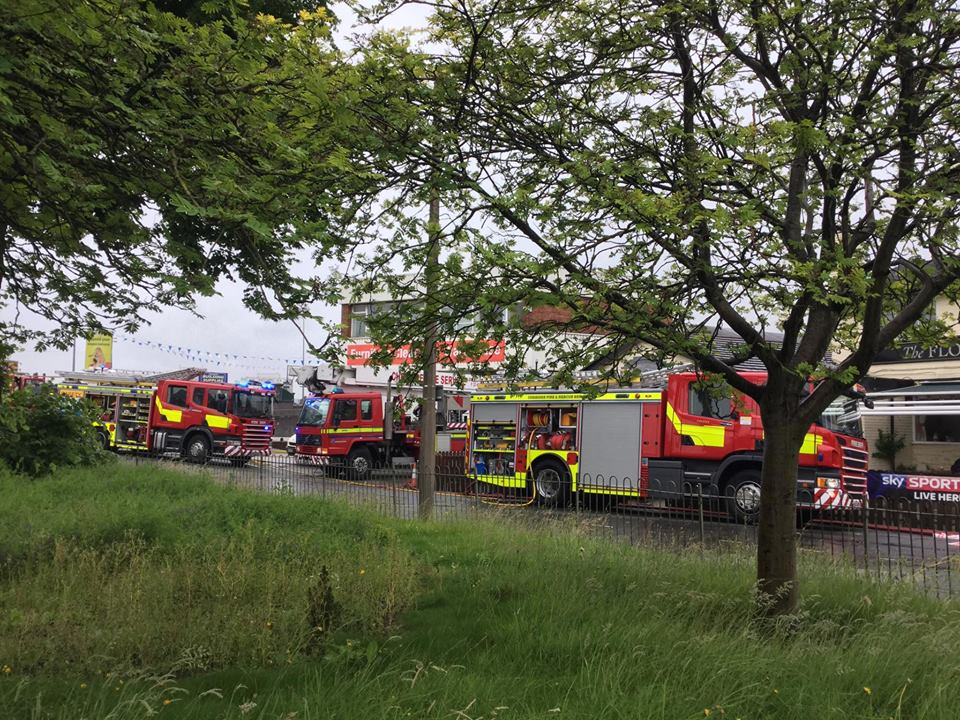 Firefighters were called to a report of a fire in a furniture store on Hoole Road in Chester this afternoon.

UPDATE 7:53pm It appears emergency services are packing away and road due to reopen soon.

When they arrived crews confirmed there was a fire in the store room. Firefighters are currently using two breathing apparatus, one hose reel and one covering jet to fight the fire.

Two fire engines from Chester and two from Ellesmere Port, Plus the Hydraulic Platform are attending.

The road has been closed so please avoid the area as crews are likely to be there for sometime.

Official traffic information update reads: “A56 Hoole Way both ways closed, slow traffic due to building fire between Francis Street / Black Diamond Street and Lightfoot Street / Ermine Road. One of the buildings where the Honda showroom used to be is on fire with several fire engines on the scene. It will affect traffic heading between Chester City Centre and the M53 but alternative routes are moving well.”

@Dee1063 @ShitChester Hasn't stopped the Flookersbrook from having the pub quiz though. That's what really matters. pic.twitter.com/FcWQpWmMMd

(Top pic as embedded – from @ShitChester !)

Sunday, January 29th 3:14
Cestrian.com is a hyperlocal for Chester
Tweets by @TheCestrian