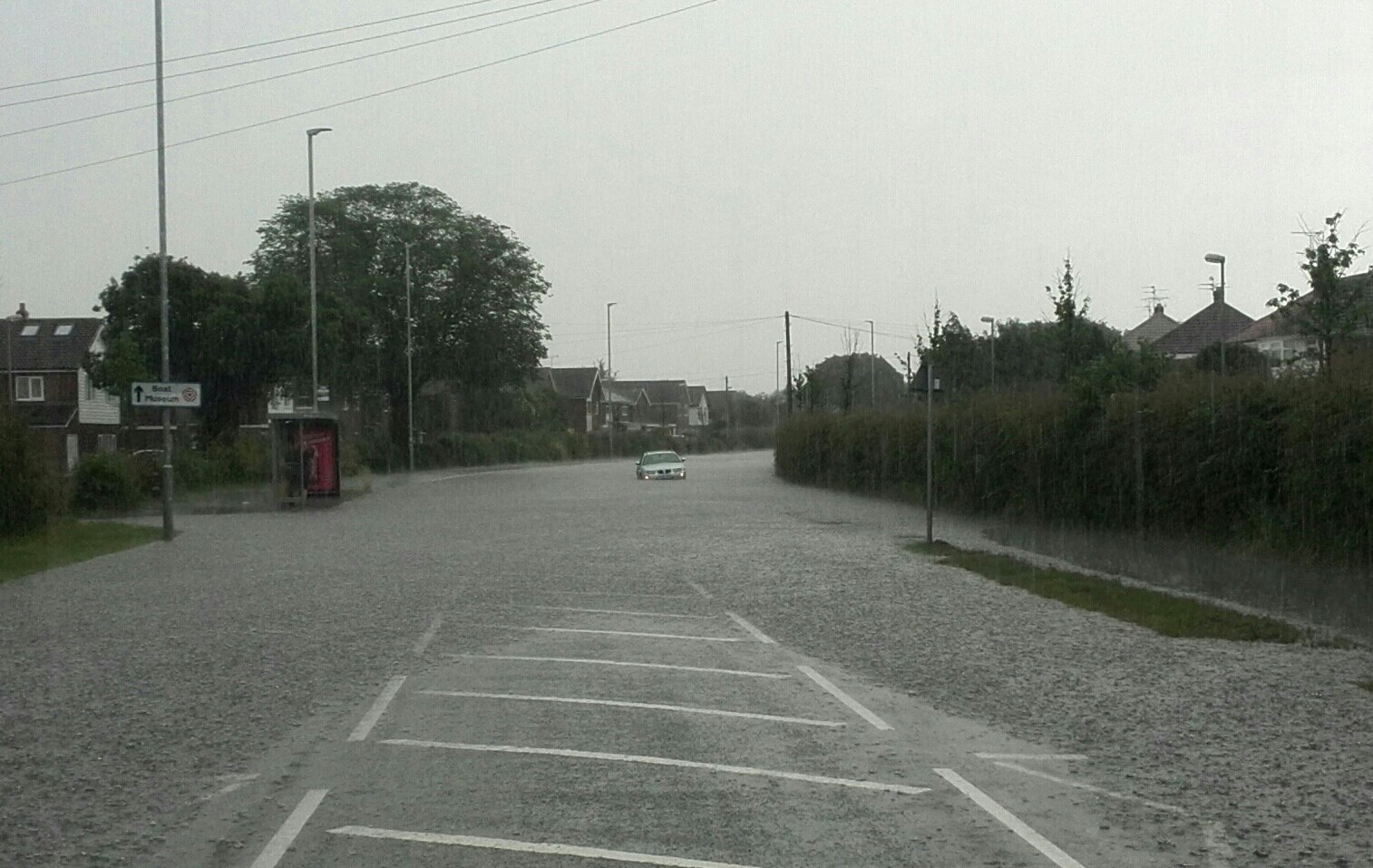 Ellesmere Port Police put the above picture online of a flooded Stanney Lane, asking people to avoid the area.

Cheshire Fire and Rescue said: “Flash flooding which affected a number of premises in Coliseum Way, Ellesmere Port required firefighters to attend. The affected premises were evacuated and the crews made door to door checks on neighbouring shops to isolate electrics.”

A video was shot of the problems by a visitor to the shops:

Victoria said: “It is mayhem there all the roads are flooding and water spewing out of the grids. Police arrived as I was there. A car has been abandoned by the epic in the flood water… Crazy!”

Sunday, January 29th 2:04
Cestrian.com is a hyperlocal for Chester
Tweets by @TheCestrian